Im trying out an immersion test using vegetable oil on a blue sapphire. In your opinion does this stone look natural and without evidence of diffusion? 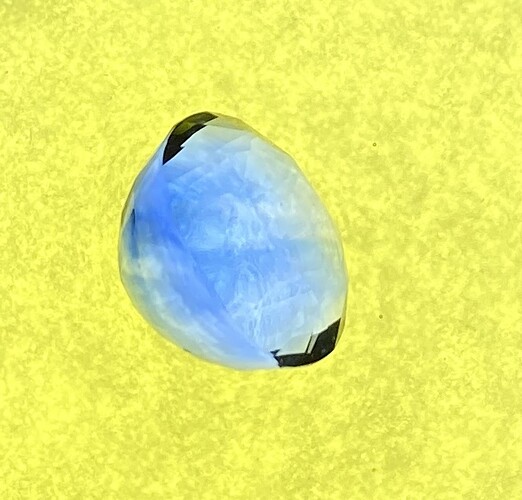 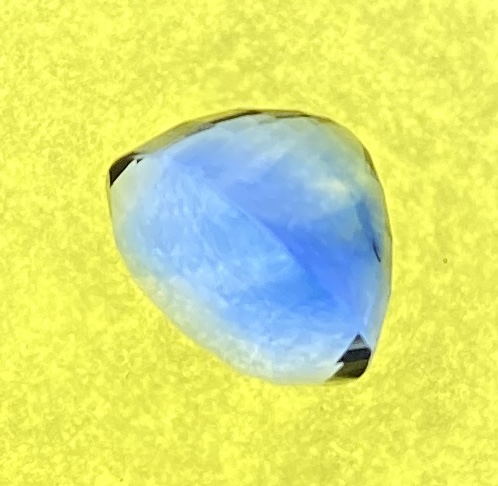 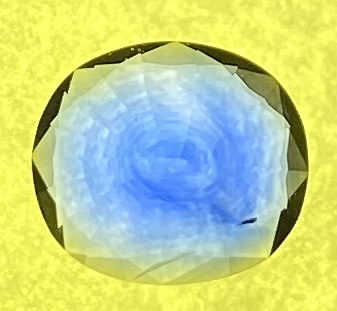 I also tested with water 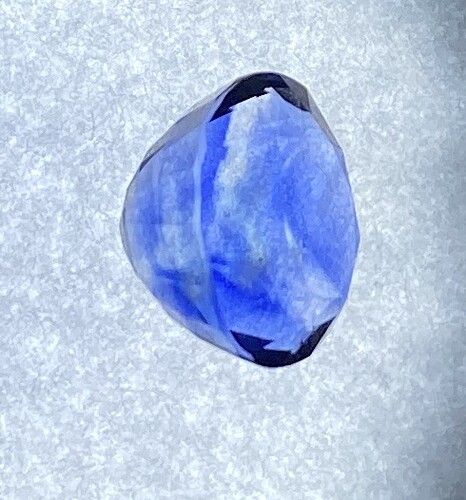 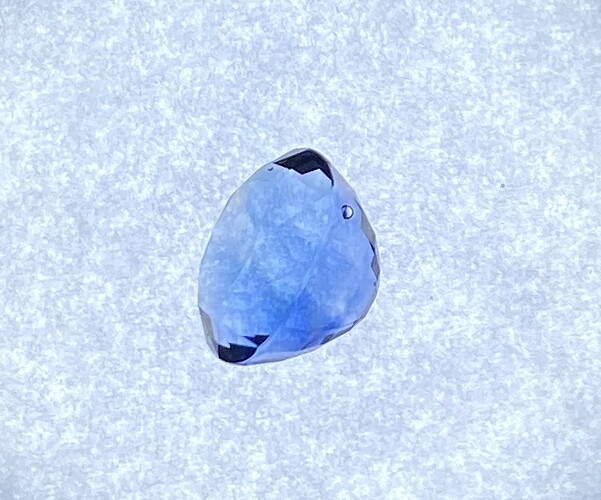 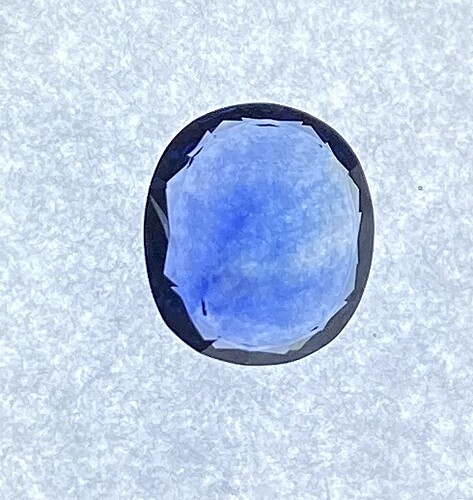 There is no way to know what you have based on these photos alone.
One needs magnification to help determine whether or not it is natural or synthetic and gemologists would also use different filters to look at it as well.
The only thing I can say is that it is has been cut for carat weight and likely has a big window in it (although even that is hard to tell from these photos) but still that won’t confirm anything.
The only way to know for sure would be to take it to a jeweler who can take a close look at it and also check for it’s R.I. which requires specific equipment.

It’s my understanding that if the stone is diffusion treated, you will see a darker band of color around the surface of the stone. This doesn’t appear to be the case with your photos, which show some mottling, but show areas of deeper color throughout the stone, rather than just at the surface. Your eyes have to be the ultimate judges, but it doesn’t look diffusion treated to me. Take a look at some photos of diffusion treated sapphires photographed under immersion and compare them to your photos. -royjohn

Thank you, that was my conclusion as well. I am taking it to a gemologist as well, but wanted to see what i can figure out myself.

You know, looking at your pictures again, I can see a darker outline in some and a blotchiness of color, which the GIA paper on diffusion treated sapphire mentions…so I am less sure…maybe this is diffusion treated…-royjohn

I think one issue is the liquid (water and cooking oil) used for immersion has a lower refractive index so maybe that is why im seeing some facet outlines, but i could be wrong. I guess ill see what the gemologist says.

That textured and colored background is confusing.
Try it table down on a plain white background only.

That is plain white paper with the table down. I think my phone takes too detailed picture lol. Anyways i placed another sapphire that has been certified and they both look similar, so either i have two undiffused or somehow have two diffused sapphire :o 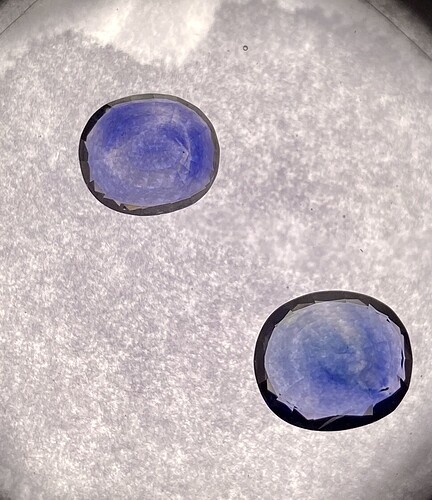 This looks like normal internal zoning… likely heat treated.
Were they sold as Sri Lankan or Madagascar?

Thank you, appreciate your input. Both stones are certified sri lankan, standard heat. The one i posted first had a cert from AIG thailand. The second was certified at GIC sri lanka. Both from reputable sellers with no bad history that i am aware.

So there you go!
Two fine, well equipped labs with good reputations. And you got them from trustworthy dealers.
But good for you for double checking them.

I don’t know what is going on with that background, but it does make the sapphire color (I think) look mottled. I would want to see it against a plain, unpatterned white background. The GIA article I mentioned on diffusion treated sapphire has comparison photos of sapphires immersed in water and in various media of different RIs so you can compare your results to theirs. All the photos show a “rind” of color of various widths along the edges, depending on the medium, and a mottled appearance of the color throughout the stone. Your photos are confusing to me, but I haven’t had a lot of direct experience checking diffusion treated sapphires. -royjohn

Thank you, i found that article and it is very informative. Their pictures look a lot better for sure. I dont think i have the proper equipment, my light source is too strong and the paper i use to diffuse the light is creating that texture. I will have to invest in a proper microscope.

Just to follow up I tried this test again with wintergreen oil i got from amazon which has a refractive index of 1.54. I think it looks better now, and for bonus my sapphires came out nice and minty. 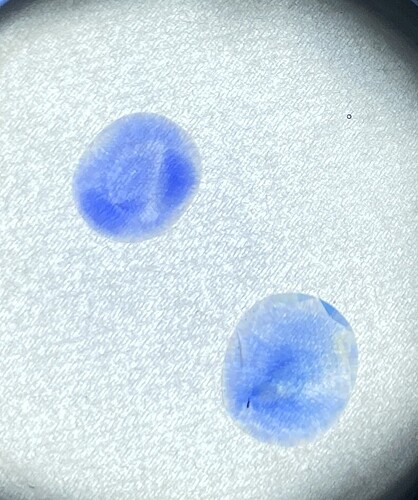