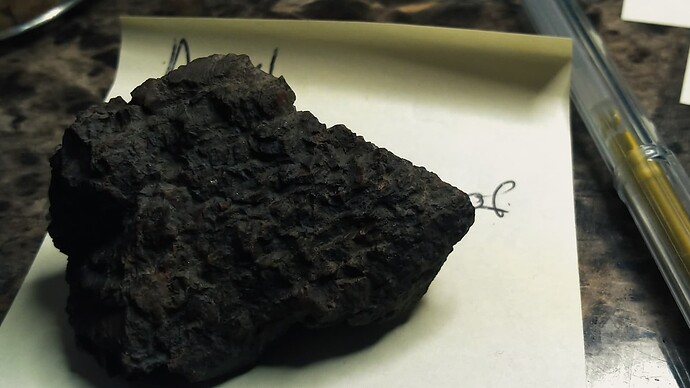 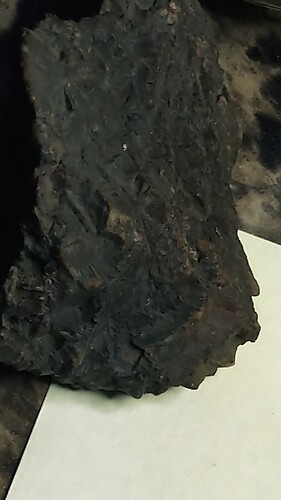 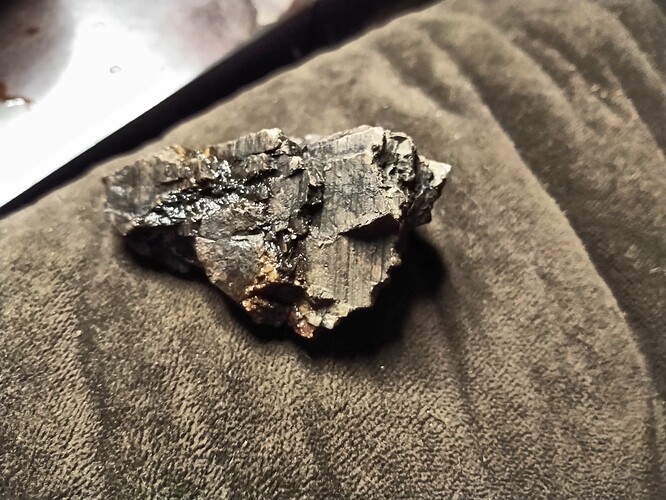 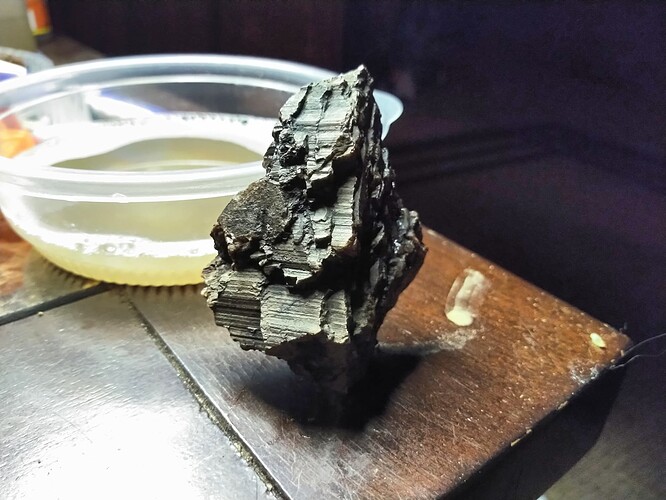 I would do an informal hardness test on this because it looks like coal to me. If it isn’t soft enough to be coal, then get an SG, which is very easy with a cup of water, a piece of string and a cheap digital scale. This should at least give you a list of suspects…-royjohn

Funny you should mention coal, because it was buried about 1.5 ft deep with chunks of coal. Not sure why coal is there because the only time it was used here in Idaho city id, was in 1800 during minning days,. We started digging because we found a map of old celler and house that burn down on property. It is really hard and won’t chip or flake, way heavier then the biggest chunk of coal I found. I will try your test and let you know. Thanks again

Anthracite coal is harder than bituminous, so could it be that? If so, I guess it would have an unmistakable black streak on a streak plate. A torch would also burn it, but maybe you don’t want to try that…the striations on it are similar to those on anthracite, but they are also seen on tourmaline, so IDK…there is black tourmaline (schorl), hardness about 7.5, I think. Anthracite is Mohs ~3. Should be easy to distinguish via hardness. There are probably other crystals that occur in black. What’s common in your area?

In this aspect I haven’t heard of any more around here in Idaho, just quartz crystals. I will get hardness check and get back to you with answer. Thanks for all info

I did a hardness test on it at it showed a 7. The streak test did not leave any color just a scratch on tile.

Here are the pictures of the coal it was buried with, the stone is much heavier and stone like then the coal it’s self . The coal is light but hard, and all in big chunks. It’s very shiny aswell. The hardness is 3 and it leaves a black streak. 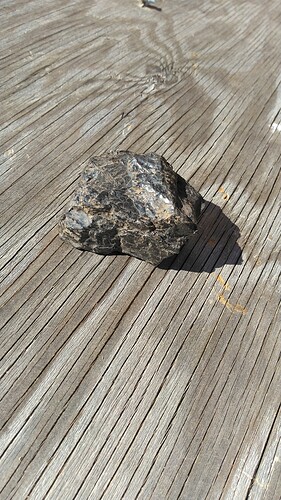 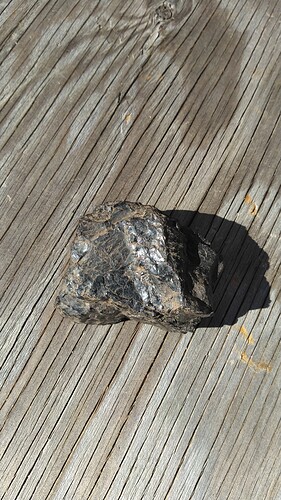 Well, so we’d have to look at the hardness chart and see what’s about 7 in hardness and start eliminating…which would be easier if we had an SG. If you have a scale with an appropriate weight limit (this looks like a pretty heavy piece, so I’d guess you’d need a kitchen scale that will weigh more than 100 gms), just get a good sized container that will submerge the rock, and a piece of light string to tie around it. If you set your container filled with water on the scale and hit the tare button to zero it out and then lay the specimen on the bottom of the container, you will get the actual weight. If you hold the specimen floating in the water, totally submerged, you will read the weight of the water displaced by the specimen. Then the SG is just the fraction of the larger number over the smaller. A very easy way to do an SG. Quartz is about 2.65 IIRC and some kind of black quartz would be my first guess, but what do I know…could be a feldspar or even a black tourmaline (schorl), as I noted before. I think with the approx. hardness and the SG and the peculiar “skin” on part of the crystal, you will have a 98% reliable ID. I’m not sure what other possibles are in the 6.5 to 7.5 hardness range, but it is easy enough to look them up. Isn’t gemology fun? Let us know what you come up with…-royjohn

I will this evening, I want to thank you for your efforts in this, I’m taking in everything I can do keep it coming.

Help, I’m talking about gemology and can’t shut up…LOL…I did a quick search and apparently quartz is often found associated with coal seams, so there’s that. If the hardness is about 7 and the SG comes close to matching, that’s probably what it is. You could look for other photos of such quartz and see if the surface appearance and fracture are similar…it looks opaque, so you can’t look for inclusions…-royjohn

No I really appreciate your time and knowledge on all stones, anyway I took more close ups of stone and coal just to have, and I will weigh them here shortly. 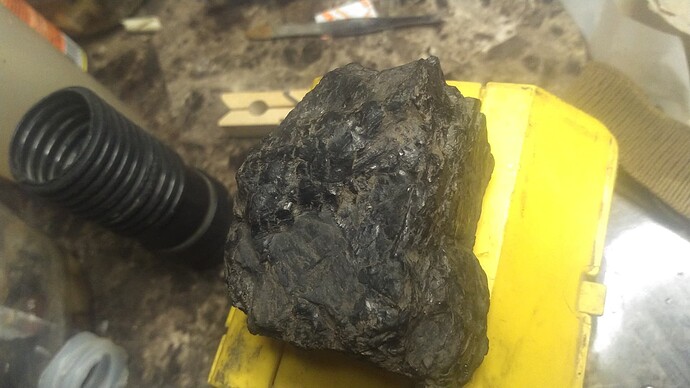 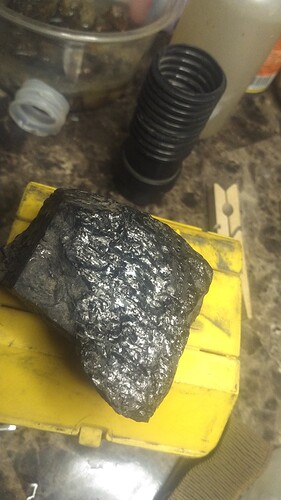 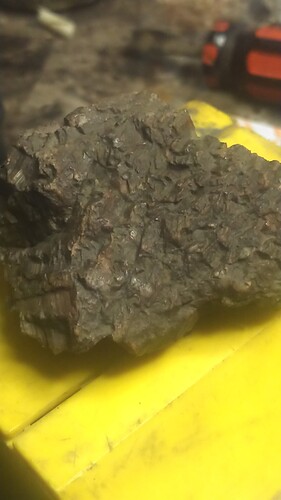 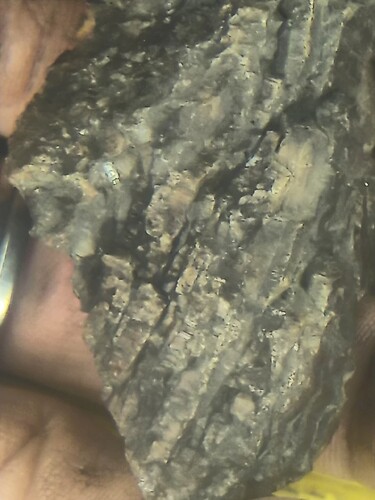 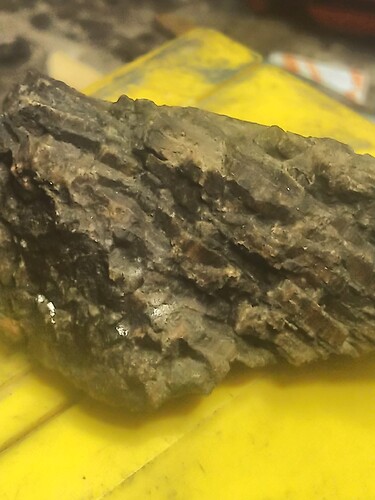 It is hard to tell with all the black coloration on this rock but I believe it is Feldspar. But then again, there appears to be a crystal structure to some of this that might be easier to ID from a different angle that shows either end of the crystals (assuming they actually are crystals !).
ACTUALLY, on further exploration of your photos, it almost looks like Apatite Crystals.
Can you tell if this is Sedimentary Rock (layers) ?
If you could clean these up and get a couple closer shots, someone might actually be able to accurately ID this for you. I’ll certainly take a crack at it.

Thank you responding as I look closer to the stone and what you said yes it is layered it also was with what I thought was coal (charcole) from the minining era here in Idaho city id. The stuff I thought was charcole has layers aswell but with a thin white layer in-between layers almost like quartz. a hardness of 5-7 but is different. It is very light unlike the stone u responded about. I will send you more photos of both. Starting with the one you responded to first. 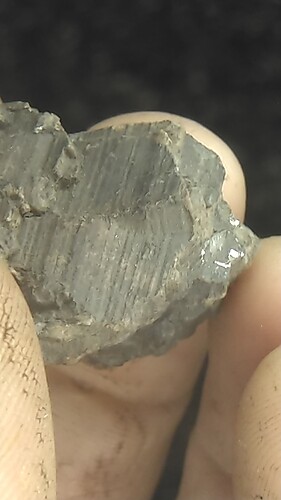 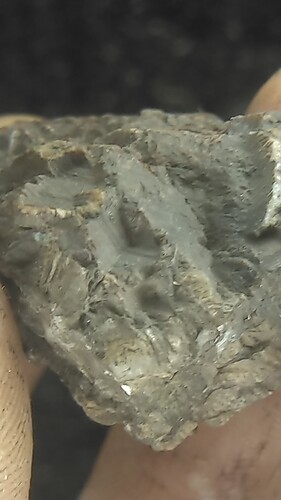 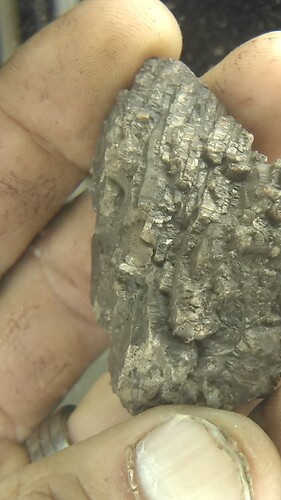 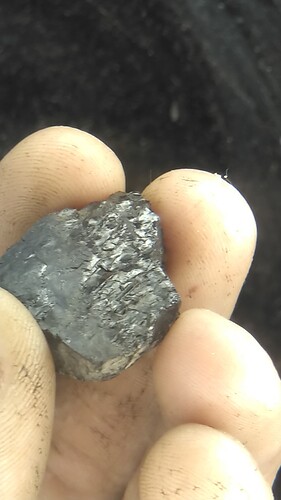 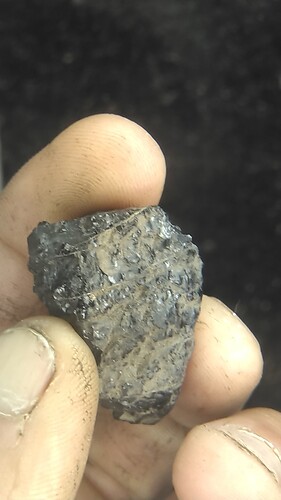 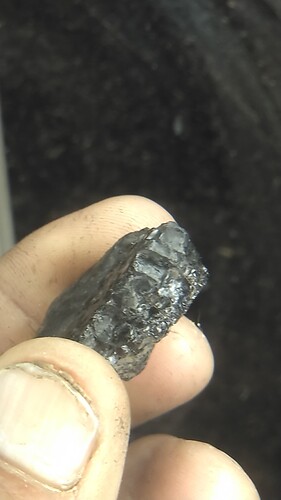 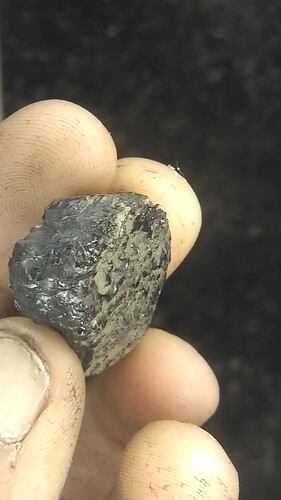 I think you are correct about the Coal (not charcoal) and/or Anthracite, the latter of which is really hard and brittle compared to run-of-the-mill Coal.
The layered, sedimentary-looking material actually looks like it may be Calcite.
One way to rule out Calcite vs Quartz is to put some mild acid or Vinegar on the layered/crystal material to see if it will Fizz. If it fizzes, it is most likely Calcite. If not, it could well be Quartz.
As far as the white lines within the Coal goes, it could be many things from calcium to an organic material separated or leached out of the Coal during it’s metamorphosis but I am really guessing on that one.

I can’t thank you enough, I did what you have mentioned and it fizzed, I tried to video it for ya but it would not upload. Thanks again for the information and your time.