Found in the Blue Ridge Mountains of Virginia. 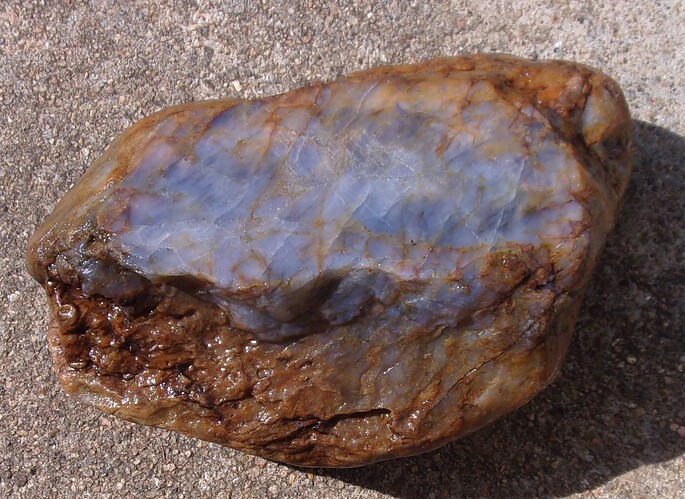 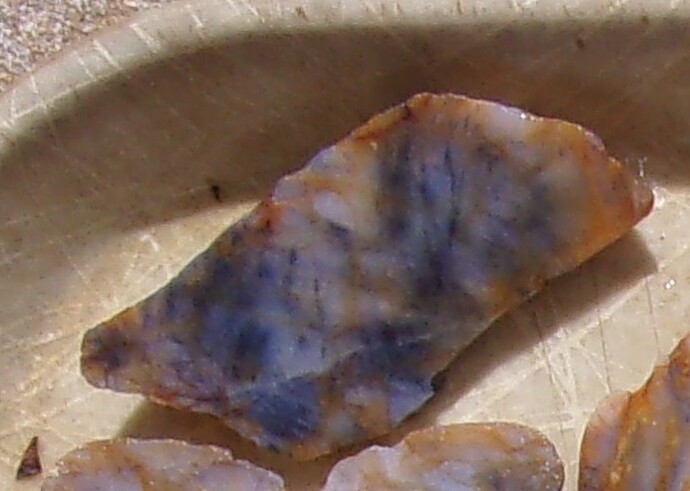 It is impossible to tell exactly what a stone is from just a photo. But a good guess can be made by noting certain markers of the stone.
Looking at this one I would have to say it is most likely an agate. It seems to have some transparency but lacks definition of crystal formation or even macro crystal. Also the dendritic inclusions lend to more to that conclusion.

Thanks for your contributions. I showed these pictures to a geologist at Radford University in Va, and he said it was blue quartz. The first piece has feldspar on the back of it. Sunlight intensifies the blue and orange colors, and brings in the pinkish-violets. The geologist says it is not sodalite, though it exhibits some of the properties. The black rutilations – are titanium according to the geologist. There is a titanium prospect nearby. Blue quartz is known to produce a cat’s eye or a star, but I can not find a good picture of a “star blue quartz” on the internet. The geologist also said blue quartz is supposedly an indicator of gold in the area according to folklore, but that has not been confirmed by science yet. There is a gold prospect within 2 miles of the location.

I thought agate was quartz?

There is Dumortierite that could be coloring it blue. Blue is not recognized as a color. Agate would be a choice due to the dendrites’ color of quartz.Need testing with proper equipment.

That’s a good observation. The area is rich in manganese. That might bring in a violet hue. Here are some more variations from the same location. I would like to know more about the crystal shaped pieces. The darkest one is tumbling to a deep royal purple/blue. 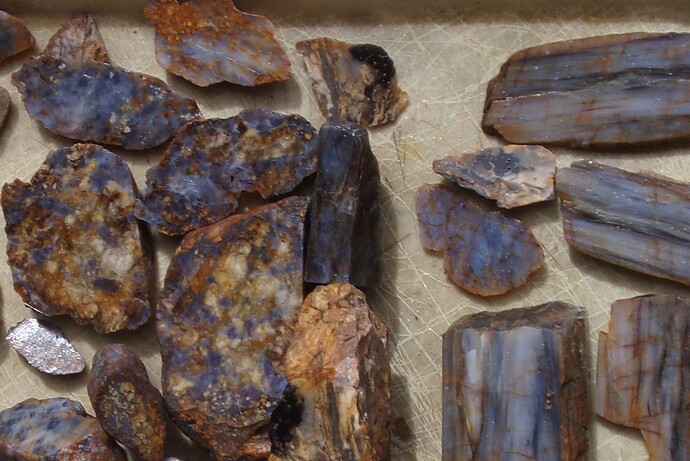 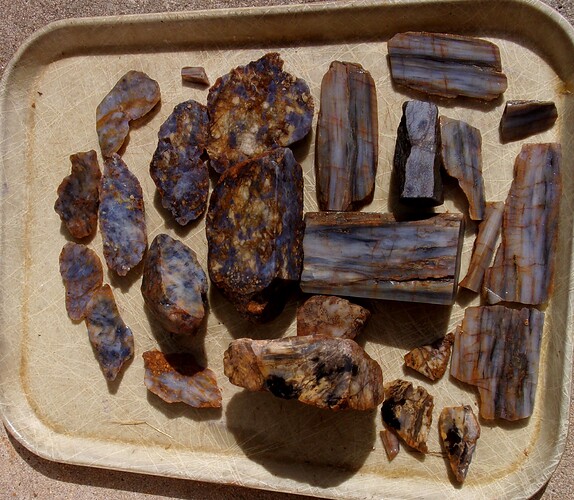 A video on blue quartz I have found: https://youtu.be/tMsAIrivMaQ