So I saw this Tremolite Sphere and was just drawn to it, almost an instant fascination haha. I seem to becoming attracted to all stones rare? I did a little looking online before I bought it. Having worked with asbestos in my younger days, so a polished item it didn’t phase me, back then it wasn’t really a “thing”. My understanding is that asbestos is only dangerous with longer fibres as the lungs can’t seal over the fibre and therefore the wound site’s leaks puss into the bottom of the lungs…this is what kills us as asbestosis.

Anyways, I have read a bit on Tremolite now (including IGS article), though would like to know a little more if anyone has some answers/opinions to my questions that would be awesome. Firstly I guess, once cut into a gem/sphere etc…is it to be considered in any way unsafe? How unsafe would it be in natural crystal form? If I sell this on I would like to be honest with any potential buyers on this side of things.

Now the value…I have found online, two spheres similar colour (one claiming to be chrome but don’t see mine as chrome?) both between 35-38 grams and both being sold at US$450. Is this pricing realistic? I didnt look at values, I just bought it so I could hold it and suss it out a bit better. If mine is almost 3 times the weight of these, any ideas on a potential value? 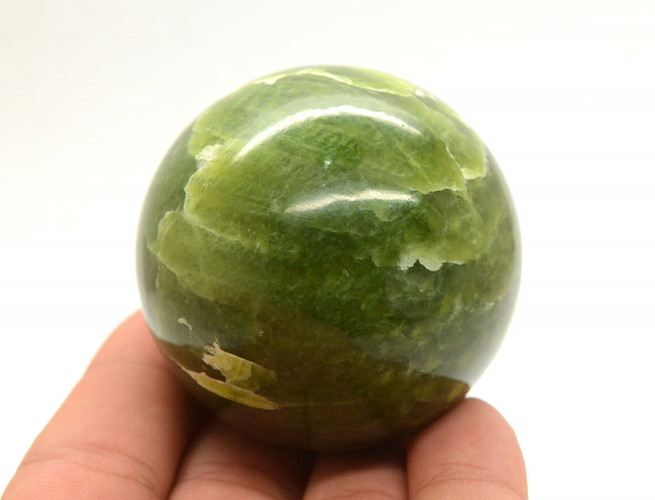 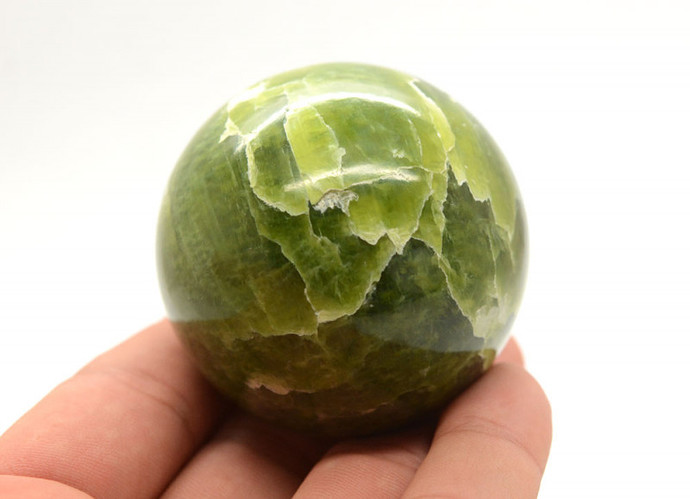 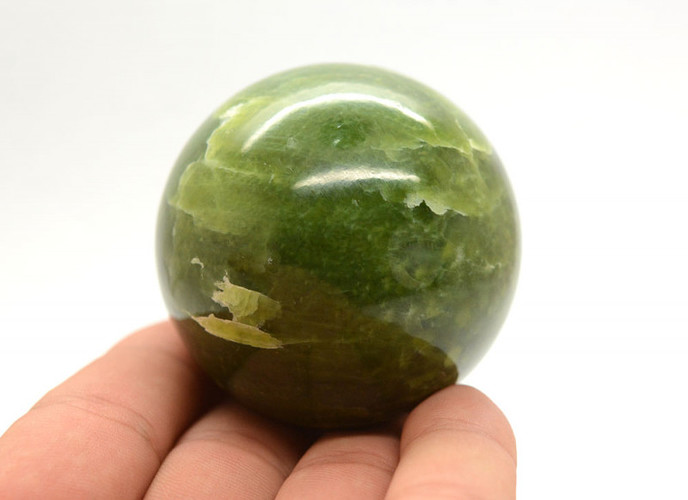 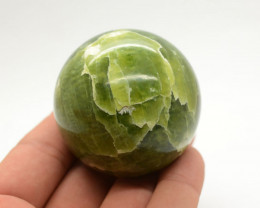 My understanding on asbestos is airborne fibers - just smaller than what can be seen floating in sun light - are the problem. Micro shafts can penetrate the cell walls of the lungs and disrupt the DNA. I worked on asbestos problems as a geologist, I’m now retired. These airborne fibers are everywhere on earth: it is in concentrated doses like asbestos miners received that made the statistical connections with health risks. Put a coat of wax on the sphere if it makes you feel better. I would worry more about the guys who mined the rock and cut the sphere but remember there are many asbestos form minerals that have no health risk. The crystals of tremolite in your sphere are probably way to big unless you hit it with a hammer. My town of Lynchburg has a tremolite/actinolite quarry for architectural stone called by the trade name, “Virginia Greenstone”. It shut down because the quarry encroached residential property. Anyone who has visited a Virginia Alcohol Beverage Control store is familiar with the green rock used in the store fronts…

Thanks for the reply @CitroenDave. Your experience you mentioned is to be listened too

I now feel free to state (should I sell it) as a polished item, it is safe for display. Im not going to worry with coating it.

Yeah I agree the fibres must be small enough to be airbourne to be a health risk, although I hadn’t heard of them disrupting DNA. To me it was the longer fibres that made it into the lungs that became the problem as the shorter ones are encased and do not allow the puss to drip into the lungs. Eventually the body dissolves the encased fibres just as it does a splinter…is this correct do you think?

Funnily enough I did think of the folks who mined and created the sphere, wondering if they would have worn PPE? Sadly, in some countries life is cheap and PPE is not.

I doubt the body will dissolve that silicate mineral, but I do not know. Glass, a silicate of sorts, will migrate. A splinter is wood, organic.