I found this pearl while I was beachcombing in Malibu California last winter it was in the wet sand and I saw it shimmer between two little surges of water as they terminated and the first began to recede back down the slightly sloped beach. Usually I would pic up some kind of mother of pearl shells of all variety’s as I’ve grown up in and around the water my entire life, but as I hustled over to pick it up before the next wave potentially buried it again I realized that this one was unique and one of a kind at least as far as I go back with anything from Southern California’s beaches. Once I got it up to safety and wiped it off with my tshirt and a little more sea water the sand that initially coated it was gone unveiling a really beautiful and unique pearl specimen. As you can see it has a interesting shape and it also has quite a mass to it as far as pearls are concerned, it weighs 3 grams, and appeared to have filled up a majority or all of the shell it inhabited. The top has a wonderful shape to it and on the bottom (It’s flat) but on the flat side I can see the original spherical pearl clearly through the excess layers of pearlized material as though the mollusk has trouble to expel the nucleus, and ended up having that hitchhiker much longer than usual. Any how the are I found it is a Rocky area that I frequent for interesting shells as there are a lot of mollusks there, and occasionally an abalone shell will come if your really lucky, but this guy seemes to be even more rare and unique and if anyone knows how to classify this Wild Pacific Ocean Pearl Specimen, I would welcome some more knowledge as I consider it one of my lucky finds but maybe I’ve just never noticed these types of specimens before… I never know!! 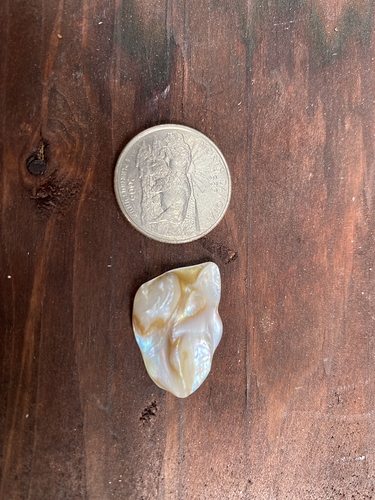 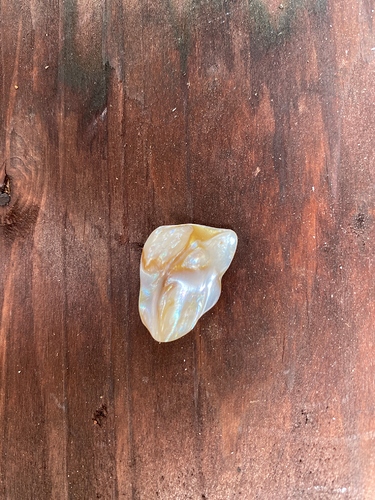 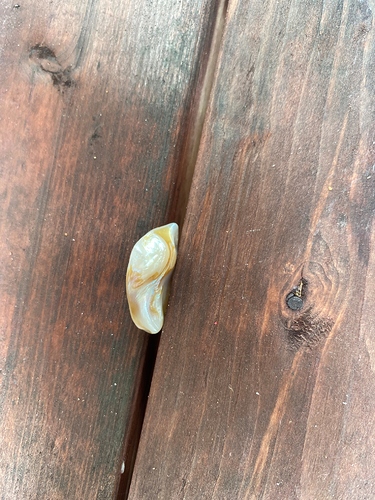 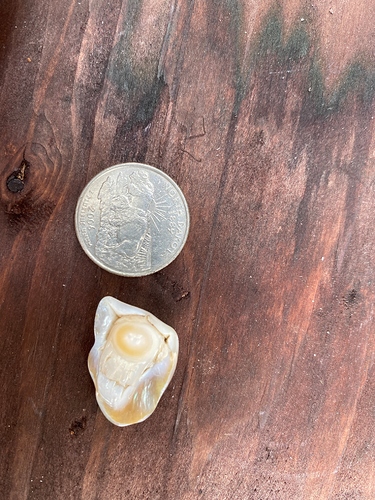 This is called a Blister Pearl, which as you correctly observed, was attached to the shell of the mollusk, making the back of it more smooth.

I agree with Lottied, blister or Mabe pearls grow on the shell and are mostly hollow. When they are cut out for jewellery, they get resin filling. For the jewellery trade their advantage is the size they can grow to.