Native Copper: A Gem or not?

I prospect, process and sell a fair amount of native copper.

Increasingly, the metaphysical commitment of my customer base grows evident.
Understandably, there still seems to be a disconnect among many between native copper and the conventional crystal/gem world.
Can/should native copper (not house wiring or motor windings) also be understood as a gem?

Just my opinion … I would say that native gold and native silver would fall into the same category as native copper, so I would classify them as Specimens and not Gems.

Since copper can form crystals (see picture page 54, “The Rock & Gem Book”- Smithsonian publication) I regard it as a gem.

Depends on how you look at copper.

I am a faceter of gemstones and I would not facet a piece of copper, be it native or not. A gem is a stone that is clear to opaque and one that has a brilliance of its own when cut properly.

Native copper, beautiful as it is, is a specimen. Specimens are a rock or mineral taken from the ground that has its own unique qualities in its natural form. Yes, some specimens such as quartz, tourmaline and emeralds may start as a specimen when displayed in their natural form. They can then become a “gem”, after faceting, with flash, fire and brilliance.

In the case of Sunstone, it is a feldspar but two very different types can be found… the Oregon Sunstone is a true gem, with is’s clarity and colorization. Although some may say yes… I do not consider the sunstone from India a gem as it is not clear because of hematite particles in it, vastly restricting its clarity and brilliance.
While a quartz crystal can be a beautiful gem when the specimen is clear with no inclusions, (yes, for you out there thinking quartz with rutile inclusions can be stunning, for the sake of my point, I am leaving that out!), milky quartz or quartz with micro cracks in it may make a fantastic specimen,but that same piece would be a lousy gem.

In short, having dug up native copper myself, being originally from Upper Michigan, copper is a wonderful looking specimen, but I would not call it a gem…In my humble opinion!

Etymologically, English dictionaries have largely agreed that a gem is “a precious stone”. My most precious stone is a tumbled, odd shaped agate I bought from some dealer for a buck inside Yellowstone Park at age 12 – 40+ years ago. Today’s market value: a buck if I find the right sucker. Perhaps native copper, silver, gold etc. could simply be called “native gems”? 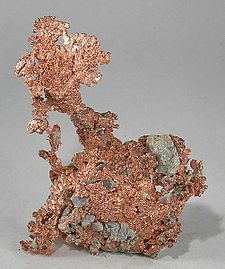 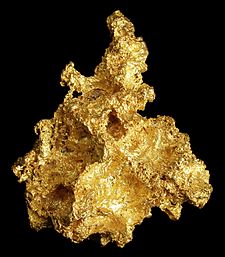 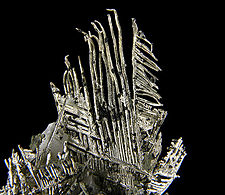 Oh, before I forget: 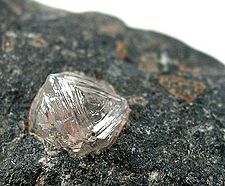 Since copper is a metal, no, by definition it is not a gemstone.

Ref jbergman “Since copper is a metal, no, by definition it is not a gemstone.“
Bold! Thanks. Please advise/reference the authority which postulates this definition.
By the same token, if we dare trust science, there are dozens of beautiful “gems” among metals: 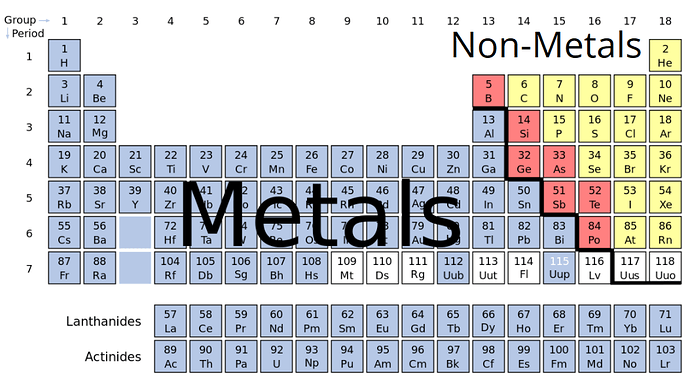 Halite is a very difficult material to facet, even for experts. Jeff Graham offers his advice on how to cut and polish this challenging yet tasty gemstone.

Without metals, most “gems” would not exist.
Increasingly, to me, the exclusion of native copper, silver, gold etc from the realm of “gems” seems spurious. Usually, for some, such prejudice seems conveniently cushioned in unchallenged preconceptions. 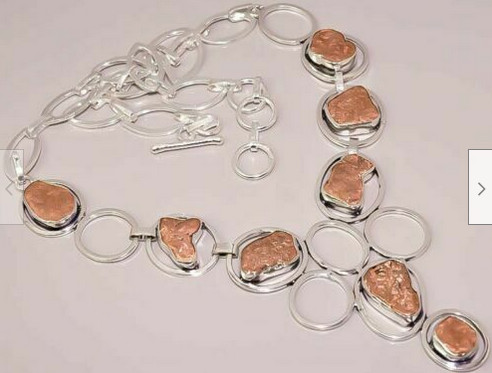 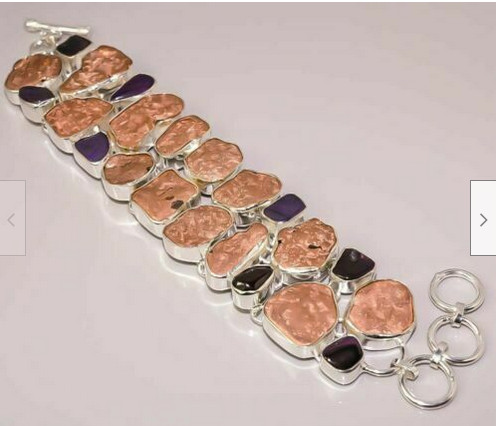 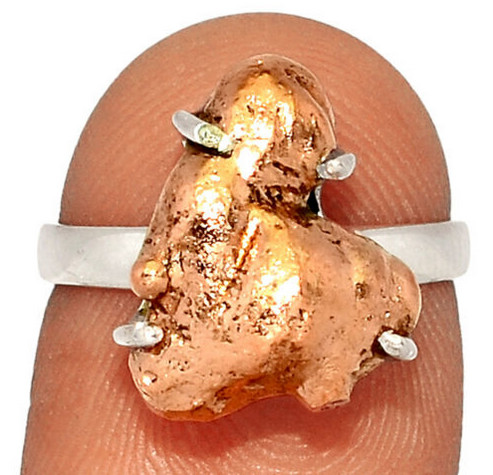 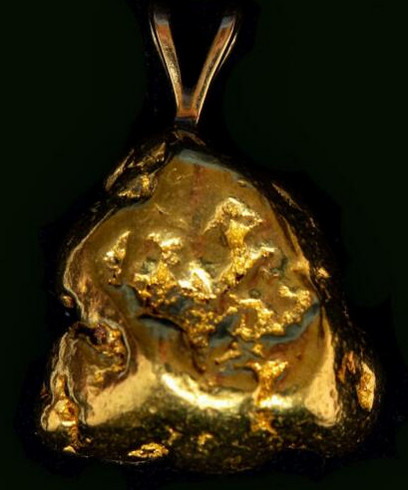 Wood is also mounted in jewelry, but that does not qualify it as a “gem”. If you chose to call native metals gemstones, I respect your right to do so!

Nice Specimens!
Uncut, Unpolished, and Un-faceted; unlike a Gem would be. ;))

My guess is that you would consider Native Mercury as a Gem as well. ;)))))

The use of the word “Gem” (shortened form of gemstone) has a particular meaning to the VAST majority of the consuming public. We don’t want to confuse matters further.
There is nothing untoward however, to refer to these as “Mineral Specimens” Fine mineral specimens can go for plenty of $$.

Here’s something special among native copper gems:
Visible silver inclusions. When found, these are called “halfbreeds”. 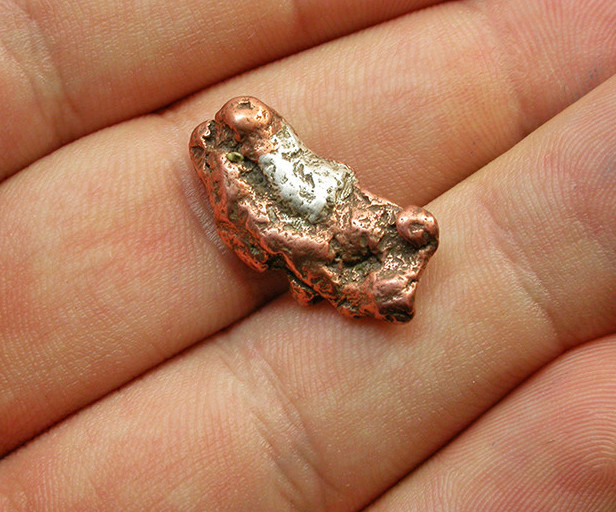 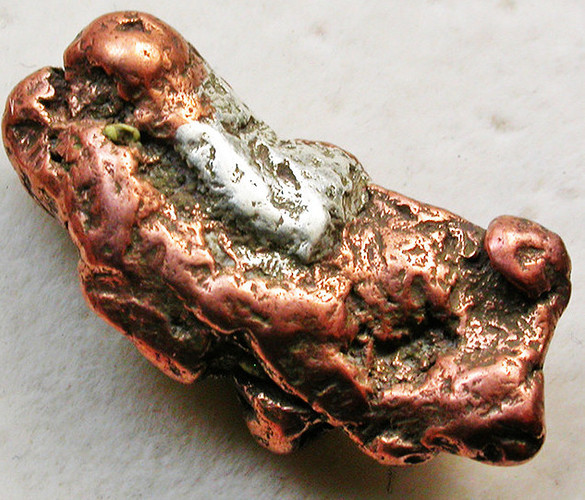 halfbreed2.PNG634×541 143 KB
Killer in a real 925 pendant (not wire-wrap).
Native copper is never pure (unlike refined, very different copper in house-wiring). The White Pine Mine, once the last and largest copper mine in

Michigan, USA, produced over 4 billion pounds of copper and, with refining, added 45 million ounces of silver as a bonus to their inventory from 1955 to 1995.
The mine went under – globalist competition - and took about 3000 local jobs down with it. The US state of Michigan has been flirting with bankruptcy daily for decades.
Best wishes,
John
Image credit: gemrockauctions.com

I think every user on this forum will agree that those are BEAUTIFUL specimens!

I don’t usually mount specimens, but I would make an exception for that copper/silver piece, it’s GORGEOUS!

But it’s still not a gemstone.

Some other wording you may want to use:

Good luck, it’s gorgeous jewellery, and I would take one of those nice specimens over a fake diamond any day!

Dear David,
Your heart’s in the right place and, as you know, I share your sentiments expressed in your video.
As such, it pains me a little to correct you on this gemstone opinion.
Mankind has this tendency to often deny the Good Lord’s or nature’s or whatever creative force to
be a master in all of our human ways, showing us the way, and not the other way around.
This does not sit well with many humans. It is THEIR human “added value”, be it cabs or facets,
which “must” be the superlative. Well, sometimes it definitely is not.
Fortunately, there have been many smart people who have long understood
and defined what a gemstone is. Maybe we should too?!
Examples:

Barbara W. Smigel’s famed, fabulous and free gemology course (bwsmiegel.info)
A gem is rare.
A gem is durable.
A gem is beautiful.

We have already lost the gem-war with Asia. Nobody will help us, not ebay, not amazon, not etsy,
not our politicians (more than half have long been owned by Asia, especially China).
Such desperate times should remind us of what we own in North America, a multitude of quartz species,
native copper and many other beautiful gems that WE can control - and start keeping our
customers by taking the fight to the Asians for a change.
All the US has become is a cash-milking cow for Asia. That must end.
Best wishes, John