What makes a spinel ‘jedi spinel’ ?

Light sabres come in all colours, is any intensely vivid spinel jedi?

I think I know this one…I had a teleconference last year with a man who specialises in Spinel from Myanmar, especially Jedi spinel. It is his passion and industry niche. From what I can recall, they qualify as jedi due to their fluorescence, as well as their concentrated pink colour. I may be wrong, I just DM’d the gentleman to ask. I’ll let you know what he says!

I believe that as long as the neon spinel has a bright red toned fluorescence under UV light it can technically qualify as a Jedi Spinel. You can go more in depth and say that only those with a predominantly red hue and with an origin from a specific mine qualify, but labs all over the world have yet to agree on where the line is drawn. It’s really turned into an industry term like “pigeon blood” if you ask a novice like me. 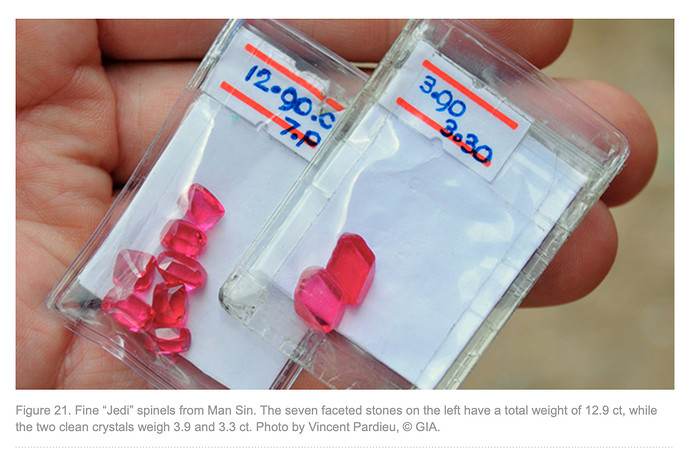 The Jedi specialist just came back to me and he said that (I’ve paraphrased his message) the Jedi spinel term is “pretty open, no exact definition but the person who wrote an article about them called them jedi due to their jedi sword colour. They come in hot red or hot pink due to high chromium levels. A geologist wrote this article: https://www.gia.edu/doc/GG-SP14-Pardieu.pdf”.

So it isn’t an intensely restrictive term like Paraiba or Padparascha.

They’re quite a unique gem in the way they react so vividly to UV or natural light, so the term “Jedi” is well earned in my opinion. Definitely some beautiful stones in those photos jbergman!

You obviously didn’t even read the article you posted. Vincent Pardieu, who coined the phrase “Jedi spinel” never mentioned lightsabres (Jedi swords). He wrote: “I learned that the typical downfall of an otherwise fine spinel was a dark tone, or “dark side,” within the gem. At the time, the Hollywood blockbuster Star Wars: Episode II–Attack of the Clones was in theaters, and my motto became: “The Force is strong in spinel, but beware the dark side of the Force.” Thus, we took to calling these glowing hot pink gems “Jedi” spinels, as they were un-touched by the “dark side”.

Oops, I posted the wrong one sorry!

Also, that isn’t my personal belief, I’m just posting what the man said. I believe jedi means the spinel is hot pinky-red and is fluorescent, as stated in my first post at the top. 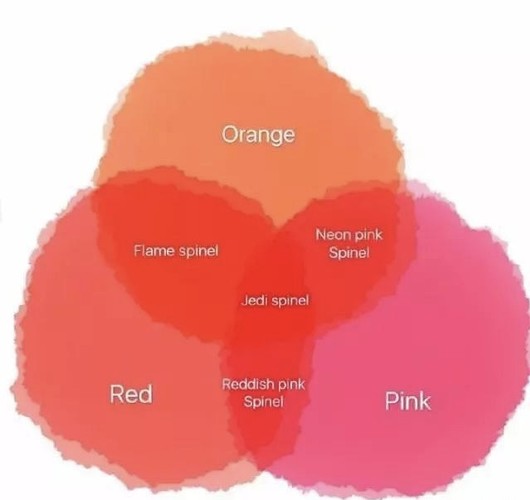 I reckon jedi spinel is
-Vibrant/ vivid red (mix of orange, pink and red) with no dark zone
-High fluorescent
-From Burma (mogkok)