Is it possible to resurface a star sapphire?

I inherited a purple star sapphire from my mother. She used to wear it a lot so it has surface cracks. It was last appraised in 1994 as “The center stone is a pure star, oval shape, 13x15 mm in size, prong set, over 10 carats in weight. The stone has many cracks and crevices.” Is it possible to have the surface re-polished? Should I? Thanks for any recommendations.

Hi there. I think it would be better if you can upload a photo of this star so we can have a better idea of the severity of cracks and crevices.
I know scratches and pits on the surface can be repolished and bring back the star but it may depend on the severity of the cracks on the stone.
Maybe you can search for antique jewelry repair service or lapidary service near your location.
Best of luck!

Cracks and crevices are probably part of the original condition of the stone. It is unlikely that they are wear from use. Many of these stones were poorly cut originally. If the polish is gone, that could be wear, but it is difficult to scratch such a hard stone as corundum. A good cutter should take a look at this stone to see whether it might be improved by recutting. If the cracks don’t appear to go too deep, perhaps recutting would improve it. If done with diamond abrasives, recutting is not that difficult.

Many star rubies and sapphires have repeated twinning which can cause disruptions within the crystal. Such areas will show up as breaks, cracks or fissures … and there isn’t much you can do about these unless you want to try to cut the entire area out.
Show picture!

Here’s my attempt at photos. I don’t have the right equipment so apologies in advance. You can clearly see the star in the sunlight. There’s a closeup that shows that pits and cracks fairly well. Then I tried a magnified shot with limited success. Just for fun I included the “matching” earrings. There still polished and a little more blue than the ring. 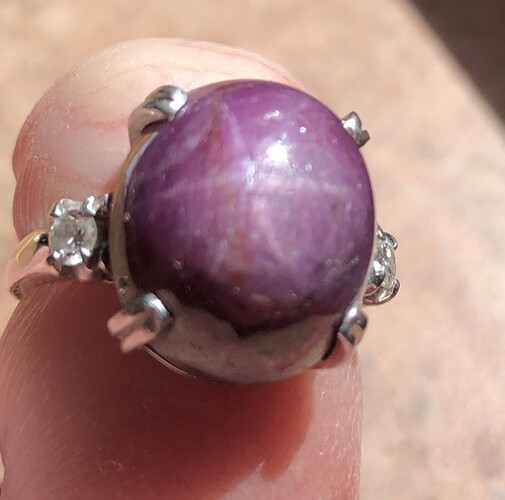 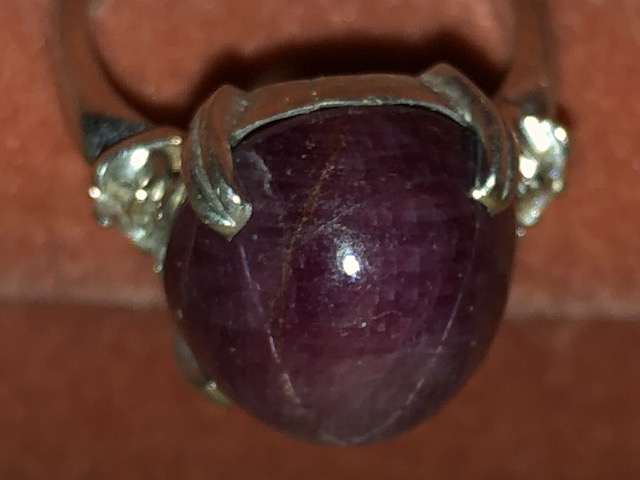 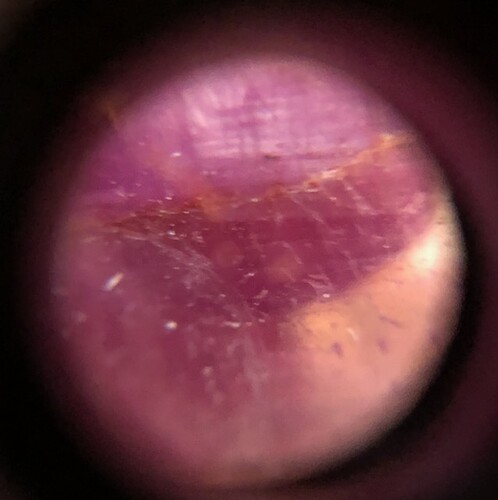 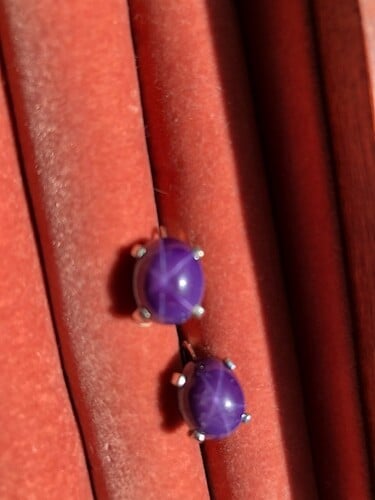 I have posted pictures.

IDK what your budget would be for this project. The polish on this sapphire does not look particularly good and could probably be improved by a good lapidary with modern equipment and diamond polishing grit. As to whether the brown crack that is seen is a surface one or goes into the stone is hard to say…I suspect it runs thru the stone or it would have been cut out by a little more surface grinding when the stone was cut, but that is just a guess. If you can see the back of the stone and the brown crack appears there, too, that settles it…if not, maybe a close inspection would tell a lapidary something. You might check with a local Gem and Mineral Society to find a local lapidary. There are lots of lapidaries who could repolish this for you, as these days everyone uses diamond polishing grits. The stone doesn’t look difficult to remove from the mounting, and many lapidaries would be capable of getting the stone out and resetting it. Sapphire is not a particularly delicate stone, so there isn’t much risk of damaging it. Well under $100 should do for a repolish…if there isn’t significant material to remove, maybe $50? Might be a fun project for you to work on. The stone itself, being a purple rather than blue color and rather opaque rather than glowingly translucent, is not particularly valuable, but it is pretty and is a family keepsake.

Would that not be a ruby by standards? Star of course but ruby classification not sapphire right?

A ruby by definition is red conundrum. not purple or blue. any other color conundrum than red is sapphire. 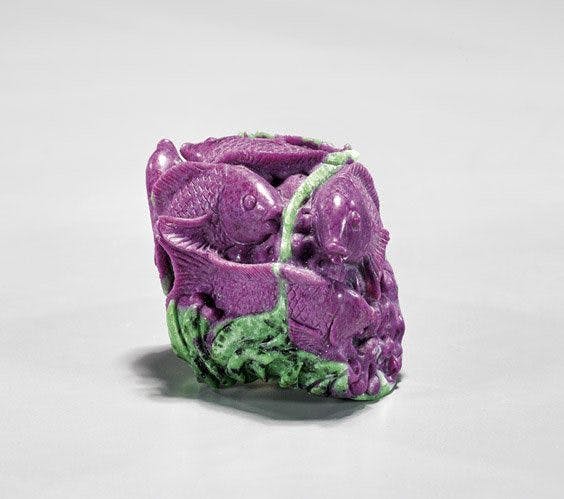 Why do people keep calling it other then corundum? I keep hearing and seeing conumdrum… is this a term used for a alternative material?

I say ruby because the magnifyed picture show it more to the red color then blue to me.
Not that this was what this post was even about just my thoughts.

Ruby-in-Zoisite (also called anyolite) is a lapidary rock. It contains a mix of materials, including chrome-rich green zoisite, black hornblende, and large amounts of opaque ruby. The purple-colored sections of that carving might be due to a mix of materials, but it would not be correct to say that this gem is a ruby, or even that the purple section is ruby. However, it most likely does contain ruby material (that is, red corundum). If you look closely at the purple sections, you can see some spots that certainly look red.