How rare are Emeralds/Rubies/Sapphires & more?

Reading on Red Beryl the other day the US Geological Survey estimates that for ever 150k diamond crystals found, ONE Red Beryl crystal is found. Although not a perfect comparison, we can assume that Red Beryl is approximately 150k times rarer than diamonds.

The numbers I have heard for emeralds/rubies/sapphires for the entirety of my career is:

THAT SAID: I have never found any scholarly articles to back this up!

Does anyone know of any research that has been done around this where I can find data from a source similar to the USGS ?

Honestly I’m not sure exactly how rare it is if it’s that rare. I think quality of the stone will also come in to account. For example. I have about 15 red beryl stones sitting in my facet box. They are definitely red and decent but the clarity is lacking. I wouldn’t say these are more rare than say sapphire as I found them easily enough in Utah.

They didn’t qualify the quality, but I would imagine that they are comparing similar qualities.

Rarer than any gems are buyers,imho.

Sorry to hear this

Relative rarity is a meaningless mind game. Therefore, you will never find any scholarly articles to support these generalized and ultimately meaningless guessing games.

Is there any other way to understand/communicate rarity that you would suggest?

Value of any gemstone is based upon numerous factors; rarity, durability, desirability, and demand. A gemstone can be rarer than hen’s teeth but lacking in other factors such as demand can hurt the value dramatically. If few people want it then price will plummet.

So, here is the Utah Geological Survey saying that Red Beryl is 150,000 times rarer than diamond.

I don’t know how they came to that number, but there must be SOME kind of methodology to it.

Diamonds are not rare, look at how many countries that produce Diamonds to the number that produce Red Beryl. For every 1000cts of Red Beryl found per year, they unearth 150 million cts of Diamonds. 150 million cts! I’d hardly call Diamonds rare.
They also use tons of heavy machinery to extract Diamonds, which beats a few hundred people digging in the dirt looking for other gemstones.
Rarity - The number of countries producing that specific stone, and how.
Is how I look at it.

Again, a meaningless mind game. Red beryl crystals tends to be rather small with 10 carats considered exceptionally large, yet many 100+++ carat rough diamonds are discovered annually. There really is no scientific method of accurately determining relative rarity of gems, and even if it could be done, the data is meaningless to the gem market. Tanzanite is considered to be a thousand times rarer than Diamonds. So what! A 100 carat top color flawless tanzanite can be purchased for $1,000/carat (much less actually) yet a 100ct D Fl diamond can reach $200,000/ct demonstrating relative rarity is meaningless.

Saying that relative rarity is meaningless is like saying that knowing how tall the pyramids are and comparing them to the heights of other historical structures through is meaningless. In truth, it doesn’t really matter, but we’re humans, we’re curious, we want to know things.

IMHO: Knowledge for the sake of knowledge is never a bad thing (as long as no one is hurt in the process)

I agree 100% that knowledge for the sake of knowledge is never a bad thing, as long as no one is PHYSICALLY hurt in the process. If new knowledge offends, or hurts feelings, well, too bad so sad.

What, exactly, is being compared? Total rough extracted? Total cut and suitable for setting in jewelry? Would diamonds, corundum and beryl include industrial grades? Would ruby & sapphire rarity include the 10,000+ tons of emery (predominantly corundum) mined annually in Greece and Turkey? How would you factor in the attached 375 gram ruby and kyanite with fuchsite carved Shiva lingam into your relative rarity estimates? Or the attached 21.5kg Madagascar sapphire specimen? Estimates of relative rarity are meaningless as there are no scientific guidelines or criterion for establishing what ultimately wind up being just wild guesses.

As such, these wild guesses are being used as bull$#!+ marketing tools to help dealers and jewelers close sales. Claiming Blue Sapphire = 100x Rarer Than Diamond, Emerald = 200x Rarer Than Diamond and Ruby = 300x Rarer than Diamond is really no different that claiming your emeralds are “old mine”, or “Muzo” color, or your sapphires are “old mine” or “Kashmir” blue. At the end of the day, these are only meaningless marketing memes. But, they sound good when trying to close a sale. 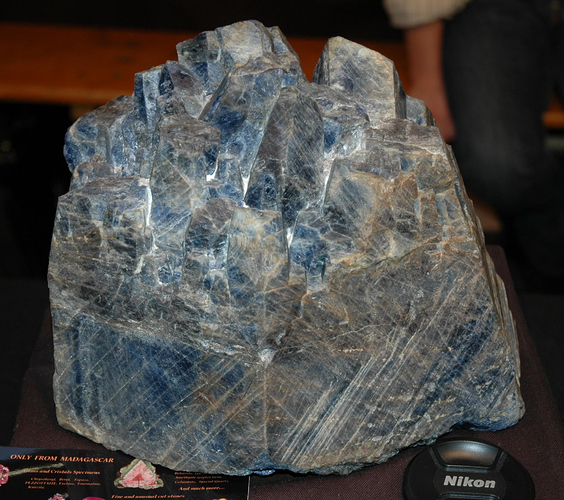 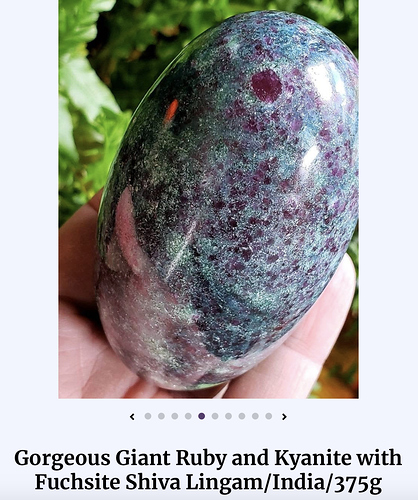 Regarding what we are comparing, that was kind of the point of my first post.

As for it being a marketing tool, the only reason that gemology can be a profitable business is because it exists to serve the trade.

If it wasn’t a marketing tool, it would be a hobby like bird watching.

Hi. The red beryl is rare and quite expensive due to size and color as well as clarity grade. It may help by Igs chart guide and others gemval there is a guide. Plus kind of calculation up date market approximately to have idea and there is a situation that if you insurance the stone with a reputation certificate and you pay