Anyone know what inclusions in Rhodolite should look like? I bought some small stones (7X5 ovals, about 1ct each) for about $2 each. (eBay, Thai seller.) They make nice earrings. I thought I should do some due diligence before possibly selling them to anyone though.

The RIs are in the 1.77 range, consistent with garnet.

Under the scope I am seeing some bubbles, sometimes arranged on a plane like a veil. I will try to attach some pics. I was wondering if the bubbles indicate a synthetic? 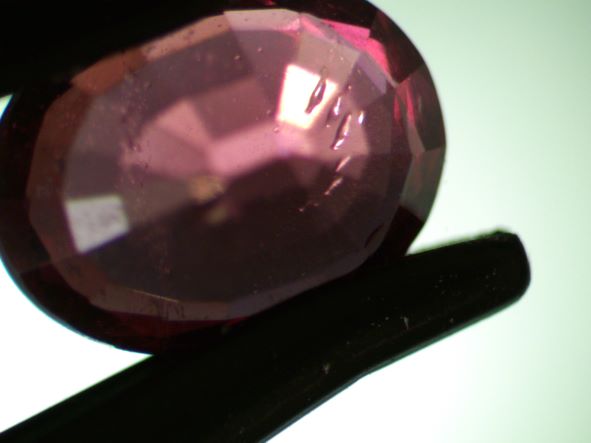 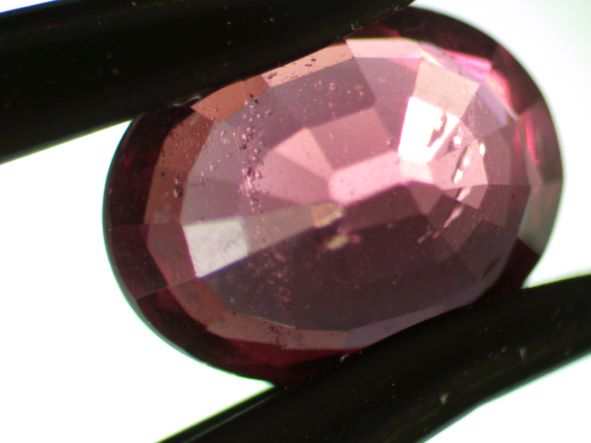 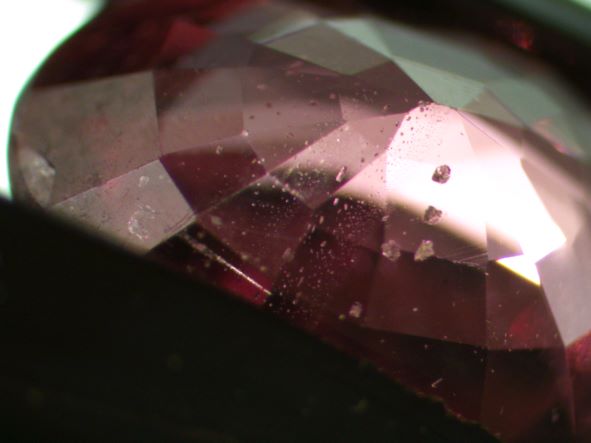 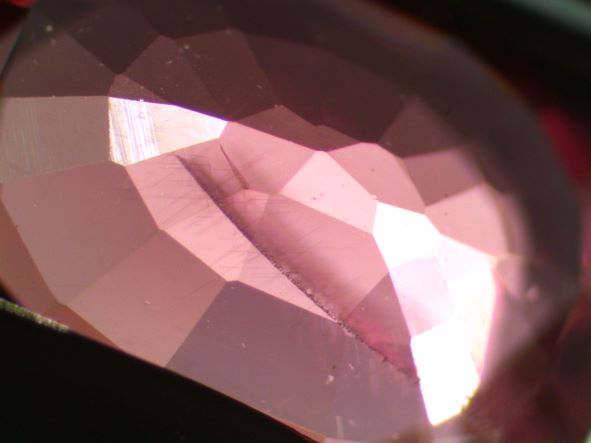 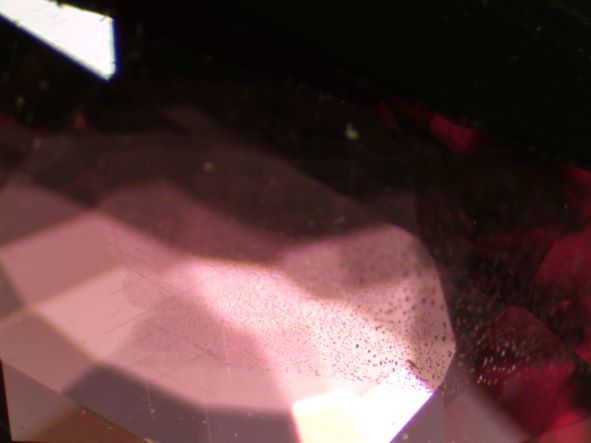 There are three different stones in the pics. The first two pics are one stone, the next one is a second stone, and the bottom two are the third. The bottom two look like natural rutile or similar needles but the first one is the one that worries me.

hi
i am replying to your post in that you will reply to my post (Opinions wanted).
Have you looked at the mini courses ISG offers, courses name Garnet Specialist Mini Course
you might find a lot of good information.
Happy reading.

I’m working through the PG course now so I haven’t looked at any of the mini courses yet. Other information here would indicate the rutile silk is natural but bubbles are not. Maybe I have a mix of stones?

While your due diligence is certainly commendable, it is all for just a $2 gemstone.(?) These garnets are quite common. Keep making those nice earrings!

I know, it’s over kill. But it was more for the practice and the experience!

That’s right more experience becomes more knowledge. The gemstone world has a long list, eg diamonds and pearls are in a class of there own. knowledge and skills takes time, over a period.

These stones look to be natural. I don’t think there are any synthetic versions of the coloured garnet varieties probably due to their abundance and low value.

These stones seem to have prominent crystal inclusions some with staining (confirming natural). There is also evidence of needle inclusions (rutile) which intersect at 70 & 110 degrees. Rhodolite being a blend of Pyrope and Almandine garnet varieties, the needles are derived from the almandine influence.

There should also be an identifiable absorption spectra.

Thanks. I agree, there isn’t much incentive to fake them at $2 a ct ! But the first stone pic made me a bit nervous. The RI’s are good, and the polariscope tests looked mostly good too with a little ADR possible. Haven’t gone to the trouble of calculating SG.

I’m going to assume they are fine.

Your RI of 1.77 isn’t right for any synthetic but possibly corundum, and that should be doubly refractive with one index below 1.76. Syn spinel at 1.72 is too low. If I had the stones in hand, I would look at a light source through them and easily tell whether they were singly or doubly refractive by Hodgekinson’s visual optics, as the “rainbows” in the stone would be single and not in pairs like in tourmaline and peridot, for example. But if you only see one RI, then they are singly refractive and what you’re seeing in the polariscope is ADR. So first, there isn’t any synthetic in this RI. Second, they are bellied and cut for weight, which synthetics often aren’t because they are so cheap. Third, the inclusions in the first picture are elongated and the microscopic gas bubbles in flame fusion corundum are much smaller and round, as are the larger round bubbles in glass. Another thing is that there are the five or so elongated inclusions on the right side of the photo, but there are also a swatch of inclusions of irregular shape on the other side. You’d need more magnification to resolve what these are, but they look like they could be crystals of some kind. The elongated bubbles might be fluid inclusions or three phase inclusions. The rutile needles in the other stones are characteristic of garnet, too. I think you can safely call them garnets. Your example points out why it is so useful to have access (on line or elsewhere) to a good library of microscope inclusion photos, as often, if he RI is one for both a synthetic and natural stone, this is the only sure way to differentiate natural from synthetic. Flame fusion is usually easy, but some of the other synthetics not so much. -royjohn