This Bvlgari emerald ring was bought 60 years ago for about 40,000 USD.
Today an auction house estimate the best price for selling it will be 22,000 USD.
The emarald is app. 6.8 carats and the diamonds 3 carats.
To me it is very strange as prices over the years has gone up for both emeralds and diamonds.
But ofcource they could have been cheated on as they bought the ring 60 years ago.
What do you think? 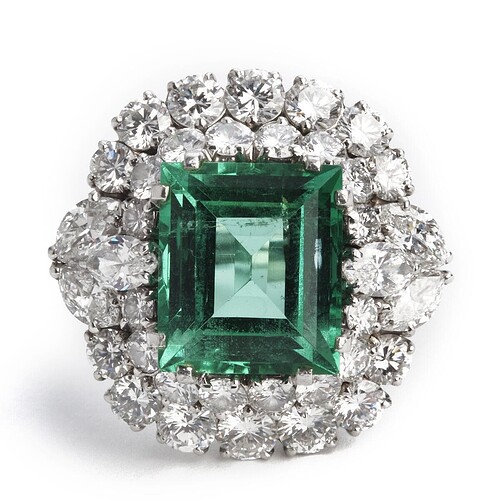 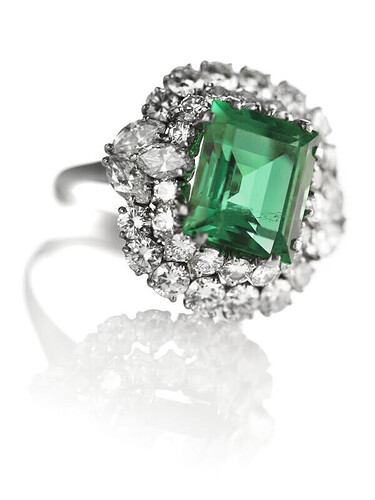 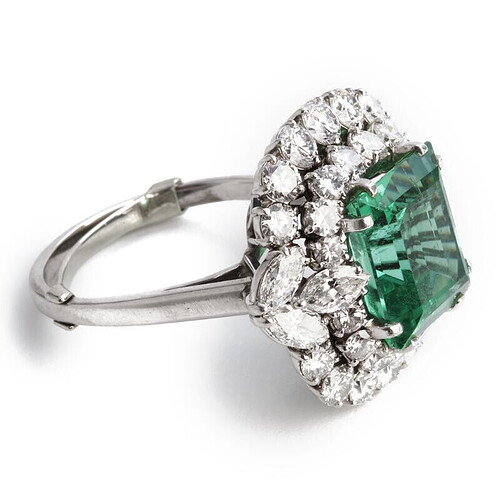 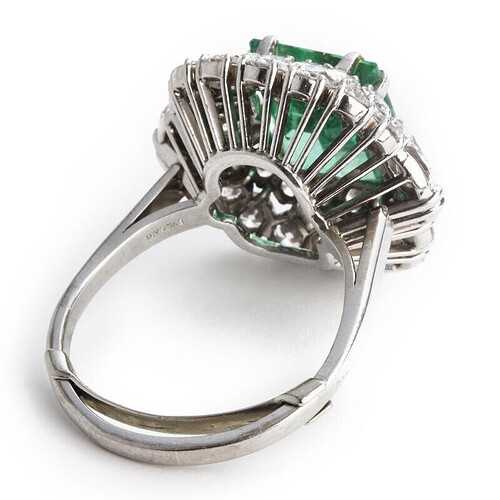 People often get caught up in the heat of an auction,so they may have paid way to much.Knowledge on what you are bidding on and knowing approx. market values.

I don’t think the OP is saying it was bought at auction; maybe he/she can clarify. The issue here may be the difference between a retail (original purchase) price and an auction price, which might be closer to wholesale. Also, the auction house has nothing to gain from inflating their estimate. If they say $22K and the sale price comes in at $20K or so, they say they have estimated correctly. They don’t worry about whether they actually had bidders who wanted this item badly or not. That said, looking at the pictures, I would say they are in the ballpark. IDK why the original purchase price was so high. There might be more of a premium for the Bulgari name than I know. This is why I might have wanted an appraisal before committing to an auction…to determine a reserve price, which might have been higher than $22K. IDK if the auction house would agree to such or not. Also, looking at the picture and the window in the stone, I think I would have had this stone recut before selling. Recutting and remounting would only cost less than $1000 and this is a solid stone that isn’t likely to break in recutting. I think the color would be much improved with the correct angles.

Thanks for your advice, royjohn.

The ring was bought 60 years ago and not at an auction. I think recutting it is a very good advice.

I’ve lost confidence in the auction house. You are absolutely right when you say that they do not care if they have the right customers for this ring and what price it is sold for. The auction house is not liable for their (mis)judgment. I just found out way too late.

You are absolutely right, techaa

Thanks for your kind words, Sabina.
If you do get the ring back and decide to
have it recut, I have the name of a person
who might do such for you. IDK what auction
house you are using or what auction it is in.
Some of the auction houses do auctions
which are completely or mainly fine jewelry,
and often there are a lot of bidders at those
who look for fine jewelry and who would be
very interested in something from Bulgari,
so you might get a very good price for this
ring. I am just not familiar enough with the
auction scene to tell you which is which.
Good Luck!

The good luck is needed. Thank you.
I took your advice on getting an appraisel/a second opinion on the ring yesterday. Sent a copy of the letter of attorney to the auction house but they have lot of arguments why the appraisel need to be done at their place.
I am perfectly aware that I should have known better before I handed the ring over to the auction house, but unfortunately I didn’t.
I will get back to you with an update, royjohn