Looking for any comparable gems to this 37.87ct Mandarin Garnet I bought.

It seems like most museums, including the Smithsonian don’t have anything remotely close to as nice as this one.

The stone looks fantastic, but it looks a little too red to be called mandarin. All spessartites have orange as their base color. With the mixing of almandine (iron bearing garnet), the stone will take on various progressively more reddish hues, depending upon the amount of almandine that co-formed with the spessarite. From current lighting presented in the video, it looks more like a Nigerian spessartite. The spessartites that come from Namibia tend to be more towards spectral orange, and are the ones typically considered as mandarin orange garnets. Pyrope mixing can also result in reddish hues in an otherwise orange stone.

Hessonite garnet is a common imitation.

Either way, the stone you have looks fantastic. 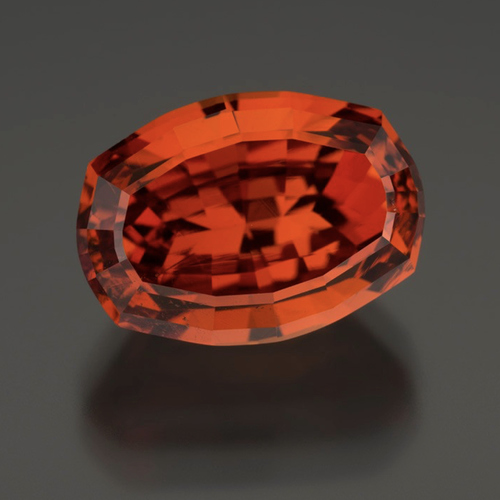